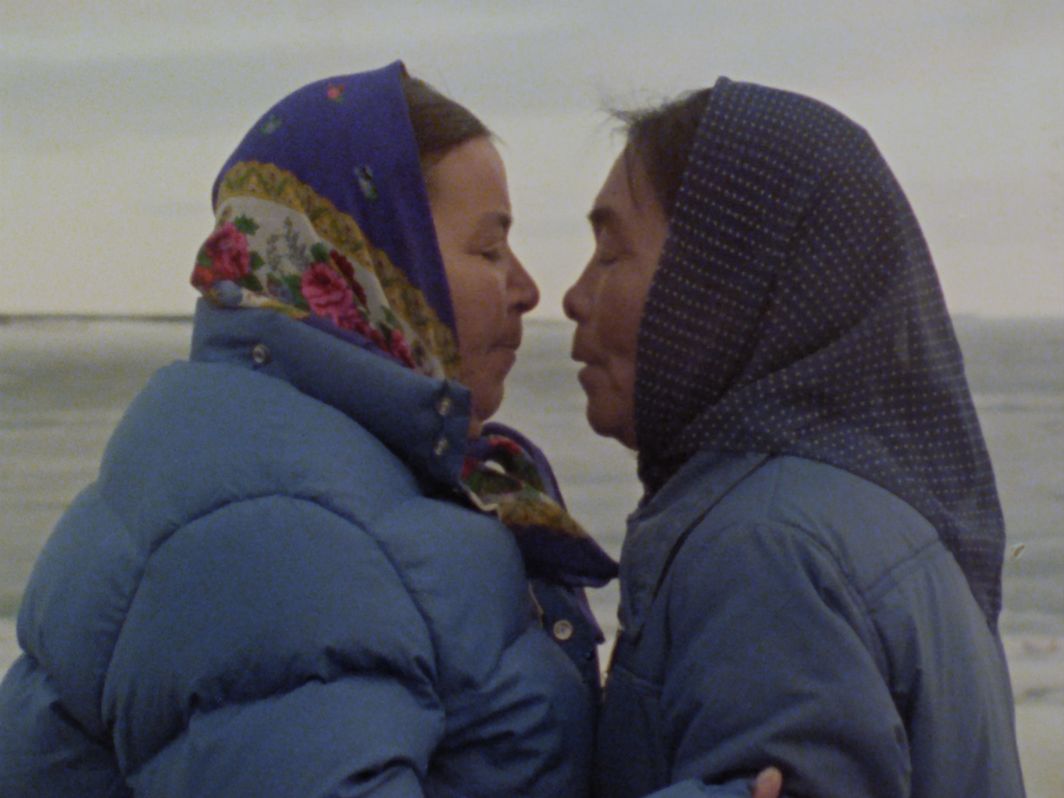 In “The Children Have to Hear Another Story,” celebrated Abenaki filmmaker Alanis Obomsawin exhibits documentary films, recordings, and ephemera that survey the history of Indigenous resistance in Canada. Working for more than half a century, the artist has seen it all—and more than once. The exhibition’s physical structure leads the viewer chronologically in a circle that starts and ends with children, underscoring the cyclical nature of systematic oppression. Obomsawin’s attentive lens captures some of the most revealingly recurring instances of colonial violence across Canada. For instance, the land-usage debates at the heart of Kanhesatake: 270 years of resistance, 1993, and Incident at Restigouche, 1984, find an echo in present-day altercations between land defenders and the Royal Canadian Mounted Police on Wet’suwet’en territory.

Significantly, Obomsawin speaks to the generational traumas of the residential-school system, a horrific colonial practice of separating Indigenous children from their families and placing them with strangers under the pretext of reeducation. Many children were abused and killed, and in recent years, thousands of their remains have been found in unmarked graves across Canada.

There is no accountability in a structure based in genocide, and yet it demands extensive proof of compliance from its victims. Throughout the exhibition, grant reports, letters, and project proposals line the walls. It is unnerving that one must participate in such an elaborate exercise of justification if they are to be heard, especially when the artist is sincerely driven by the radical pursuit of care and dignity. Obomsawin’s films, from Christmas at Moose factory, 1971, to the heartbreaking Richard Cardinal: Cry from a Diary of a Métis Child, 1986, and We Can’t make the Same Mistake Twice, 2016, center real children and their welfare—a startling contrast to Canada’s nationalistic concerns.