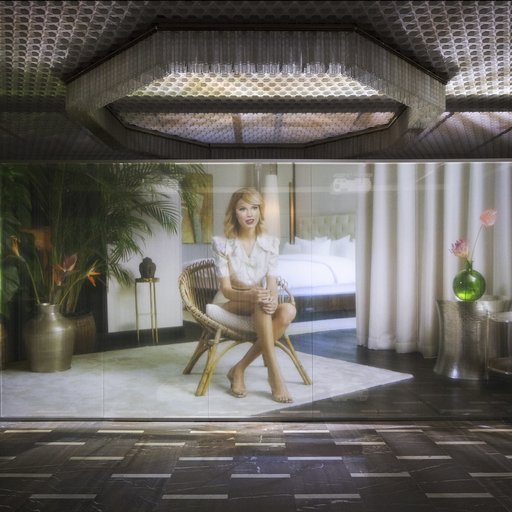 Berlin Art Week has begun, with a slew of talks, tours, art awards, and exhibitions, not to mention two fairs—Art Berlin and Discovery. Here, Berlin local Gabriela Acha scoured the exhibitions, from pop up project spaces to established galleries, to offer a glimpse of the best art on view during the most effervescent week of the year.

Anne Collier’s Woman Crying (Comic) #12 (2019) belongs to an ongoing series depicting close-ups of weeping eyes and tears, emphasizing reductive and patriarchal representations of womanhood—present today but much more prevalent from the ’50s to ’80s. Collier’s selected imagery, which expands through all the works in her second solo exhibition at Neu gallery, was extracted from a series of romantic comics from this time period, collected in flea markets and online. The comic sheets are photographed, amplified, and then reprinted in a large scale, revealing the four-color process printing and Ben Day dot technique. Despite the Lichtensteinian “air” and the clear focus on the now obsolete printing techniques, the Los Angeles born artist’s C-prints speak of the problem of a limited perception of femininity based on fragile, dependent figures, subtly imposed through pop culture’s image circulation.

In Pedro Wirz’s wall work Entsprechung III (2019), materials such as soil, beeswax, papier-mâché, textile debris, and acrylic paint merge and get delimited by a wooden encasing shaped like an iPhone. Its title, eponymous to the exhibition’s one, translates as “Grow into One Another.” All works in “Entsprechung” materialize the artists’ personal mythology and his interpretation of social and natural ecologies, referring to contemporary nomadic living, the need for permanently staying connected, and material life cycles. Micro and macro are addressed as, in John Beeson’s words, “the materials that form the medium for our interactions as well as for the impact we have in the world.” His pieces might feel uncanny as well as inviting, as they suggest sinuous forms that easily can be associated with nature and motherhood, as well as nests, wholes to come back to or to reconnect to.

Luke Willis Thompson’s Adjacency (State v. Jeronimo Yanez) (2019) is the materialization of an ongoing conversation and collaboration with Diamond Reynolds, the girlfriend of motorist Philando Castile, who was shot dead by a police officer in 2016 after they got stopped and confusingly asked to show the documentation while holding arms up. Willis Thompson’s photograph depicts a close-up of the car’s back light, which was the reason why the couple was stopped, in order to report on the authoritarian abuse and violence nourished by the everlasting systemic racism in the United States and beyond. “Adjacency” names this one work, as well as the whole exhibition at Nagel-Draxler’s kabinett, in which a series of hand-printed color photographs on aludibond are shown next to a light-box letter in response to the polemic that his Turner Prize nomination awoke back in 2018.

Installation shot of Erdkunde I, II, II, 1986 via Spruth Magers, price upon request

Hanne Darboven’s installation Erdkunde I, II, III (Geography I, II, III) (1986) takes over the whole surface of the main space at the Berliner headquarter of Sprüth Magers. About 700 equally framed panels, hanged from top to bottom and from left to right of the wall, depict her characteristic “asemic” notes combined with alphabetically sorted city names, as well as technical imagery preceded by correspondent indexes. All facts were extracted from entries about the “Earth” or “Geography” in selected encyclopedic books and serve as homage to the figure of Alexander von Humboldt and his epistemological approach towards natural and cultural history. In the room, ten, old-fashioned classroom displays are distributed assigning more spatiality to the work. The Hamburg-born conceptual artist was permanently concerned by creating her own particular system of ordering knowledge and compiling as much of it as possible, creating over the years a whole personal encyclopedic body.

Installation view of Imagine, via Buschholz, price upon request

Anne Imhof’s mise-en-scènes are seemingly already part of the collective memory, as the images of her durational performances flooded instagram feeds through their presentations at the Venice Biennial, Tate Modern or Hamburger Bahnhof among others. In her first solo exhibition at Buchholz’s Berliner base “Imagine,” the emphasis is though on the gadgets that usually stay at the service of the performances. As stated in Kerstin Stakemeier’s press release, Anne Imhof “sinks the horizon of an unbearable everydayness,” which “dominates a pictorial space whose surfaces are painted but also sprayed, printed, scratched.” Besides the elevated platforms, targets, and skull-bongs, a series of wall works repeatedly depict flipped images of catastrophes, as well as other abstract, orange and black, aluminium and acrylic works. Those work’s surfaces are scratched like in an vandalic attempt, as in the tryptic Untitled (Imagine).

In this new iteration of Christopher Kulendran Thomas and Annika Kuhlmann’s ongoing collaboration there is an overarching question asked: what shall post-human rights be? Through “Ground Zero,” they examine the ambivalence of human rights and the essential question of whom those rights are attributed to or, what it actually means to be considered human in order to “deserve” them. The project composed of the film Being Human (2019) and “a show-within-a-show” by prominent Sri-Lankan artists, traces a relation between the geopolitical conflicts, art market and globalization, questioning issues of authenticity in a contemporary context dominated by AI and computational systems. The film is projected on a big scale screen set in the middle of the room, dividing the space in two and intermittently allowing to see through it and discover the group of sculptures and paintings behind it in Kulendran Thomas and Kuhlmann’s first institutional presentation in Berlin.

Nadiya was a Kuwaiti teenager presented by the media as a witness of the horrors by Iraqi soldiers in her country, but she turned out to be a governmental hook to justify USA’s participation in the Gulf War. In Iman Issa’s solo exhibition “The Book of Facts,” a short clip showing Nadiya’s testimony and the media discovery that this was faked is presented next to a textual description of an unrevealed painting on an A4 paper nailed on the wall. Untitled is the name of both the painting and of Issa’s work and, the logic of combining a filmic/sculptural element with a short textual description on an A4 applies to all works in her series Lexicon (2012-2019), whose colophon is to be seen at Daad among other previous works. Issas’ presentations refuse to offer clear indications or definite conclusions. They rather open up questions of what is it in our surrounding narratives that awaken our trust and familiarity. Her game of associations plays with collective and personal memory, inviting the viewer to fill the gaps and interpret the works using their own “familiar bodies of knowledge, experience fantasy and fear,” in Mélanie Roumiguière’s words.

Ariane Müller’s Other Places is a series of pastels on acrylic cardboards, serially hanged in a flawless line and uniformly depicting skeletons dressed in diverse fashions in front of a black background. The series, made especially for this presentation at Schiefe Zähne, started in the summer of 2019 and was triggered by the anger that a 17th century depiction of a woman on a moralistic damnation painting awoke in Müller. No specific gender can be attributed to the portrayed figures in her pictures. If anything, it can eventually be deduced by the external attributes and the titles. References to the old painting masters, British author Vernon Lee, as well as the certain garment features or the public pool Prinzenbad—so popular among the artistic community—season the general mournfulness of the motifs with smart humoristic winks.

The two-channel video The Sculpture (2018/19), alternates two narratives: the creation of an African Art Museum in Togo by a Chinese collector and a brief history of colonial appropriation and trade of African artifacts by the west. Musquiqui Chihying (b. Taipei, 1985) appears in the film in André Malraux’s fashion, yet dealing with his own collection of images, which includes archive material mixed with popular culture imagery. For his exhibition at Very Project Musquiqui deals with politics of appropriation involving Asia, Africa and the West, using the year 1936 as a key connection between the works. In this year Walter Benjamin’s essay “L’œuvre d’art à l’époque de sa reproduction mécanisée” was published, which influenced Malraux’s analysis in his pictorial essay “Musée Imaginaire” was based.

Also, in 1936 Korean athlete Sohn Keih-Chung beat a record and won the gold medal in the Berlin Olympics, under Japan’s flag though—as Korea was Japanese at the time. His silent protest during the ceremony appeared in the cult film Leni Riefenstahl produced for the National Socialist regime and is the motif of the 16mm film The Camera (2016), yet from Riefenstahl’s perspective during the recording of this passage, which appeared as symbolic and politically conflicting for Japanese and Korean viewers yet invisible to the ignorant eye.

Year In Review: The Most Talked About Artists of 2017